Last Saturday Schiphol-East was the stage for a special event. The 90 tonnes covered bridge for LVNL (Air Traffic Control the Netherlands) was moved in its entirety to be turned a quarter turn and hoisted in position. One of the most impressive assemblies of Octatube so far!

Since February 22nd, our assembly team has been working to prepare the steel framework for this moment. From 6:00 AM the team was present to make this process run smoothly. Here are some pictures of this special milestone in the project: 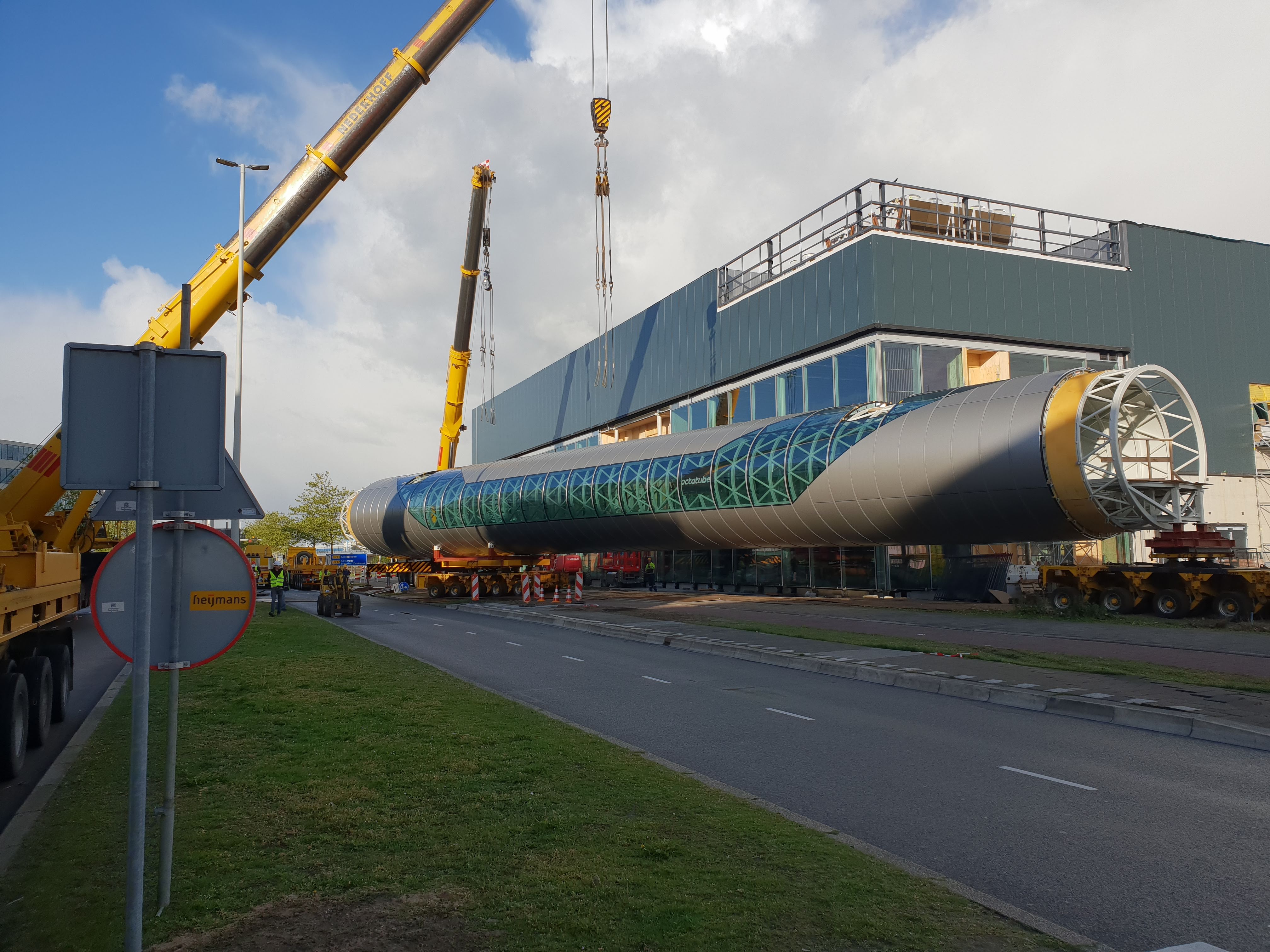 For the day itself, the road was closed to install the bridge. In order to cause as little inconvenience as possible, this took place in the weekend. 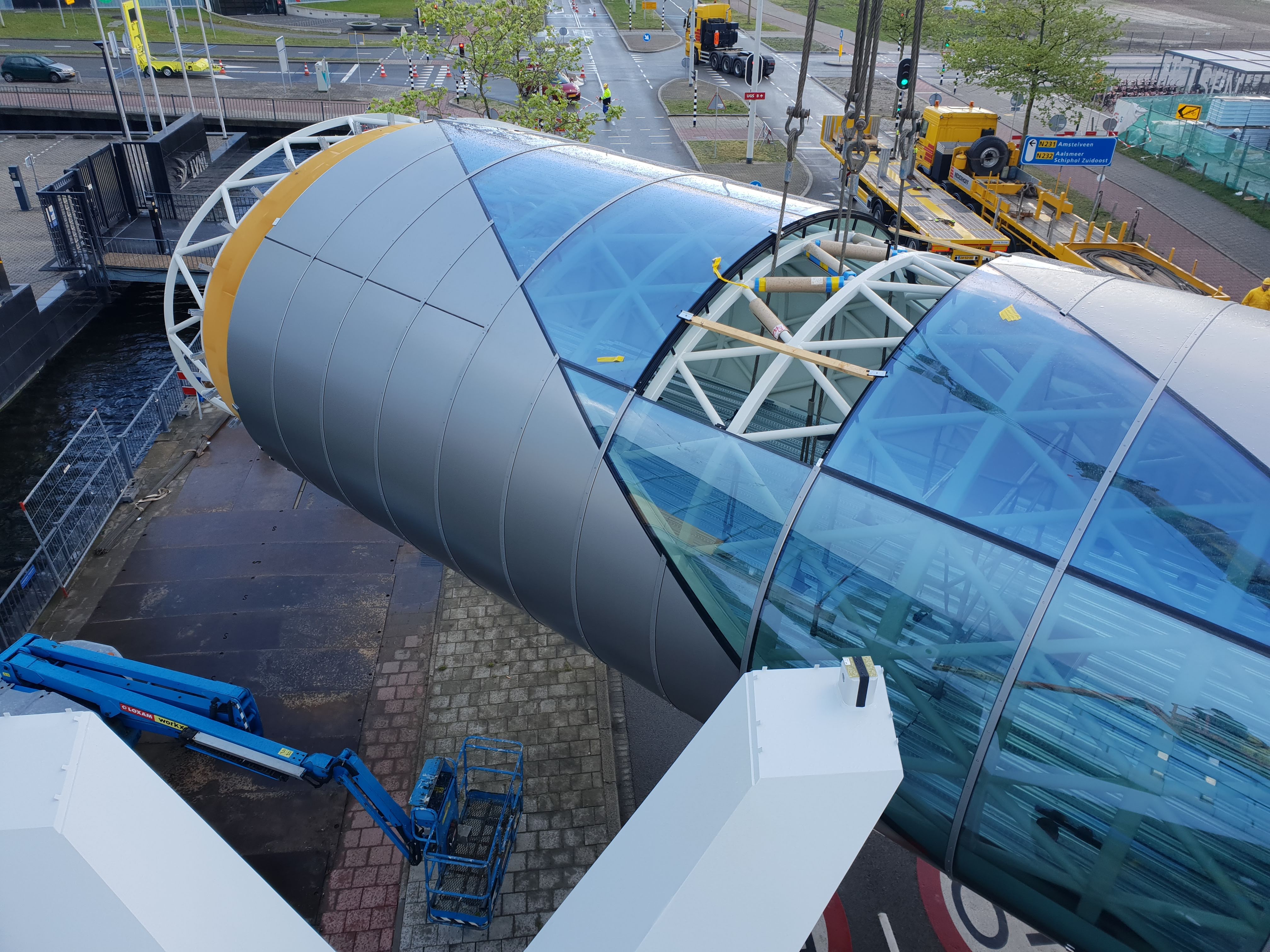 At two positions in the top of the structure, the cladding was left open to hoist the 90 tonnes bridge. 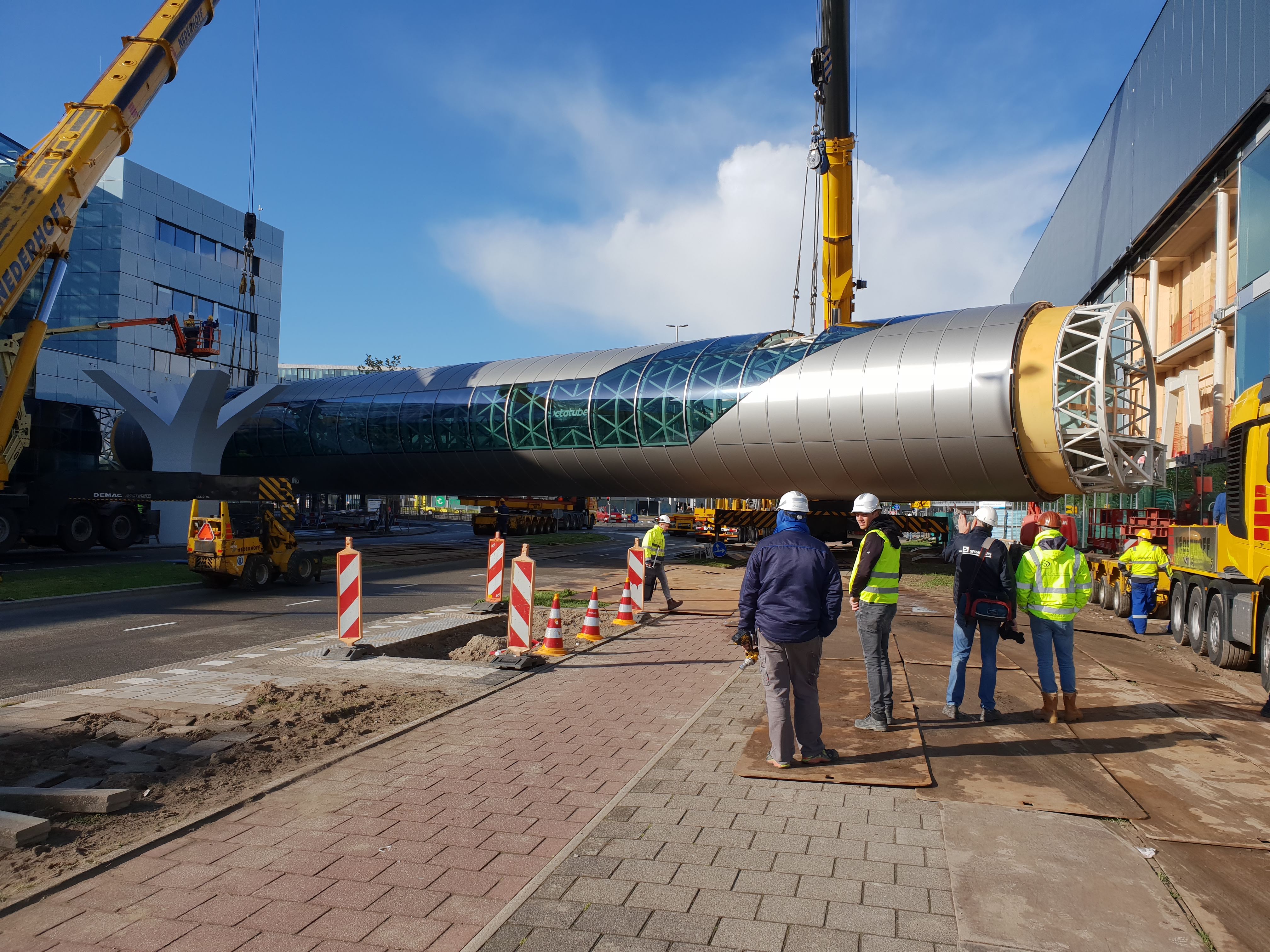 After lifting the bridge in the air the structure was turned a quarter turn. 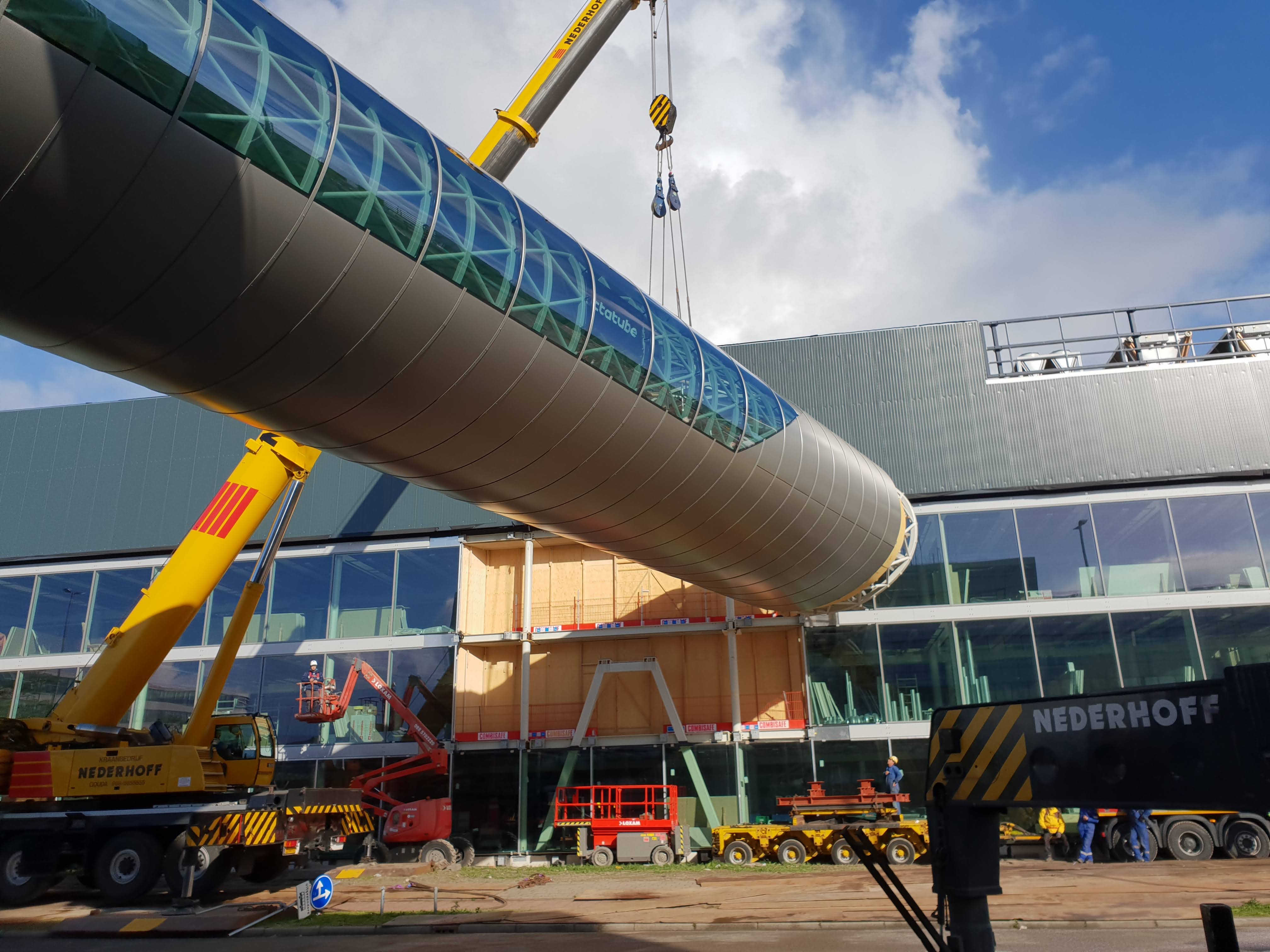 To then be turned a quarter turn. 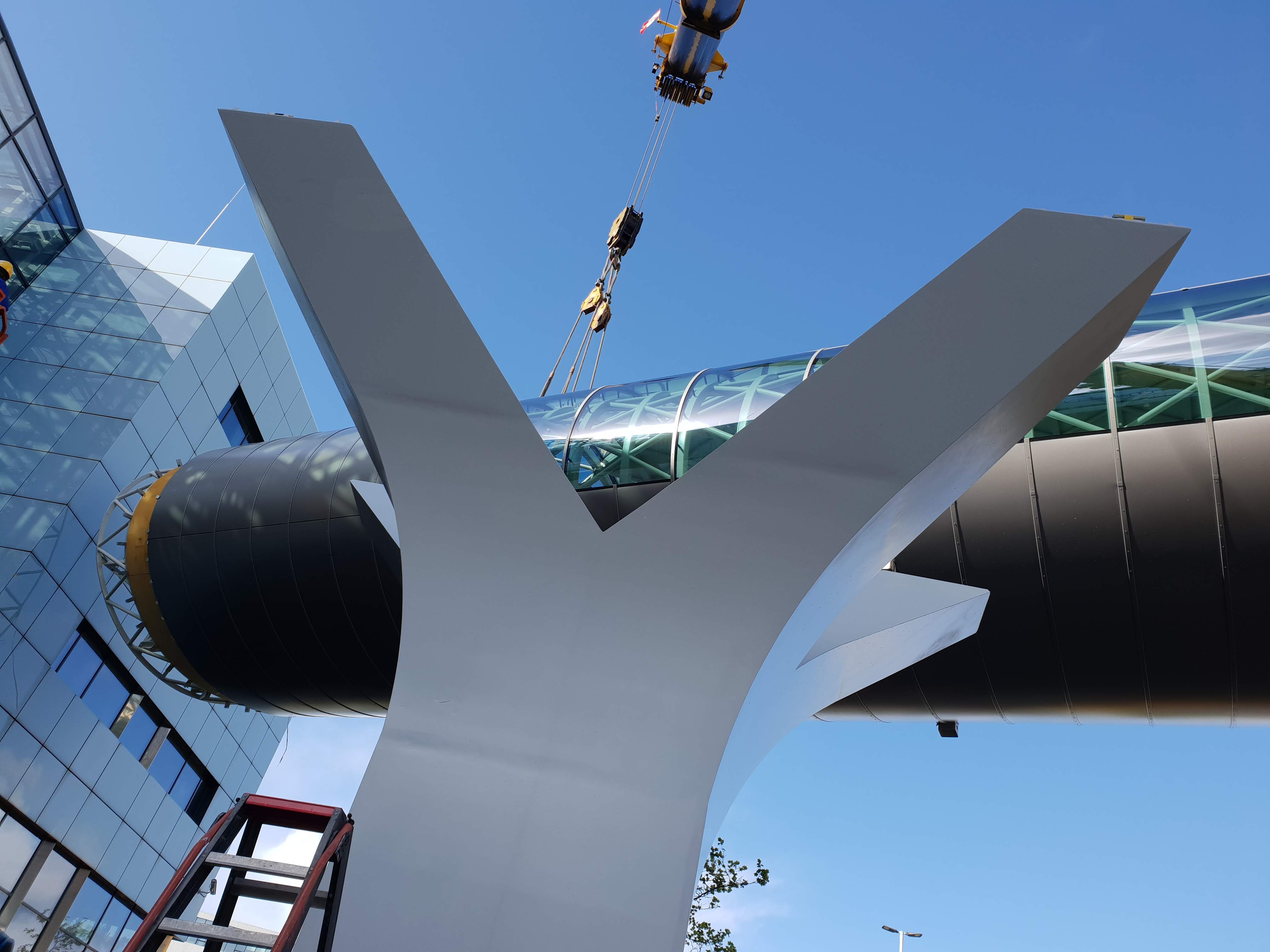 And to be placed just right on the already placed columns. 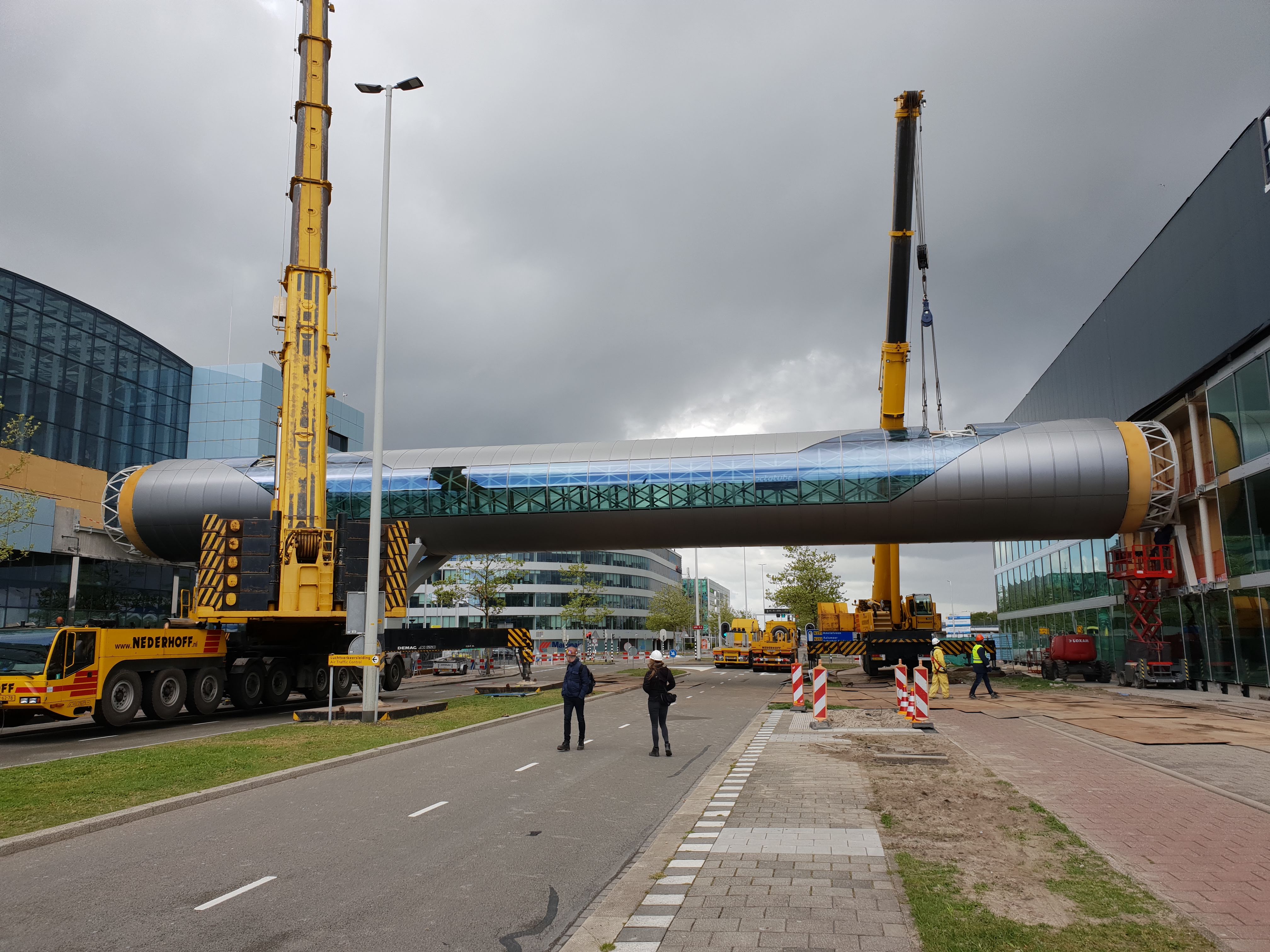 This very challenging assembly went without a hitch thanks to all the preparations and the skilled assembly team! 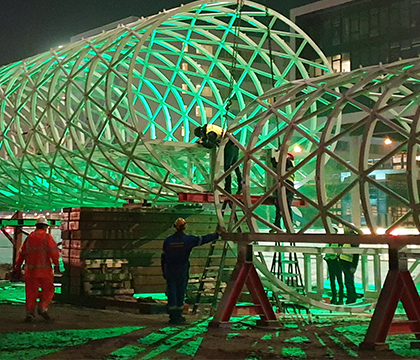