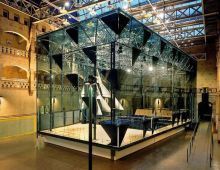 In 1990 the famous Glass Music Hall was built in the Beurs van Berlage in Amsterdam and designed by architect Pieter Zaanen and structural designer Mick Eekhout. The hall was built for the Netherlands Philharmonic Orchestra, but in 2012 the Orchestra left the Beurs van Berlage and the hall became superfluous. At the time, Mick Eekhout made an urging appeal to give this special glass construction a new lease of life. The glass hall was bought by the municipality of Tilburg for the symbolic amount of € 1,-. The hall was rebuilt in the LocHal. Octatube Services supervised the dismantling, storage and construction of the Glass Hall and the project has become an example of circularity in the building industry.

Since the glass hall is a music hall, the acoustic requirements were high. The glass room provides protection against environmental noise and the acoustically absorbing panels, acrylic domes and polyester sails provide good indoor acoustics. These acoustic elements contribute to the design of the hall. The design of the building has a very robust and timeless appearance, which is why it still leaves an impression today.

Barbara van Gelder, project manager at Octatube Services: "It's nice to see how a building affects people without them knowing the history of the Hall".

Disassembly
Octatube Services was involved since the completion of the Glass Hall in 2014. They supervised the dismantling and checked and labelled all components for the reassembly.

Circular design
The locomotive hall (LocHal) used to be a NS workshop. Here the 'rolling stock' was repaired. In 2010 NS sold the land and buildings to the municipality of Tilburg. The municipality is trying to preserve as many cultural and historical buildings in the Railway Zone (Spoorzone) as possible. A large-scale renovation was started in which the monumental values and the tangible industrial past were respected. In keeping with the circular design of the LocHal, it was only fitting that the LocHal became the Glass Hall’s new home.

Construction
The focus in the reconstruction of the Glass Hall was mainly on preserving the design and sustainability. In 2017, the engineering team first checked whether the hall could be placed at the new location and whether the design still met the latest standards. It was decided to replace the plinth, an elevation on which the construction rests. The roof glass also had to be replaced by hard and laminated glass. Now the roof is walkable, which makes maintenance easier. A mezzanine has been placed on the back wall of the hall. To ensure safety, the glass, bearing the mezzanine, has received protective foil. Ingrid van der Heijden, the architect of the LocHal, requested the building to be positioned along the old industrial crane track. The entrance is now located at the transparent side of the 'cello belly' side.

Challenge
For Octatube it was a challenge to breathe new life into a 30-year-old project whilst maintaining quality. Octatube Services is delighted that the iconic and timeless design of the Hall was not lost. Circular design is high on the agenda of Octatube Services and they do their very best to promote circularity in the construction industry.

New purpose
Saets2Meet rents the hall from the municipality and organizes meetings, seminars and symposia. In the evenings and weekends, it is the place to be for music and theatre. The LocHal, and with it the Glass Hall, has become the radiant centre of Tilburg's cultural and musical life! 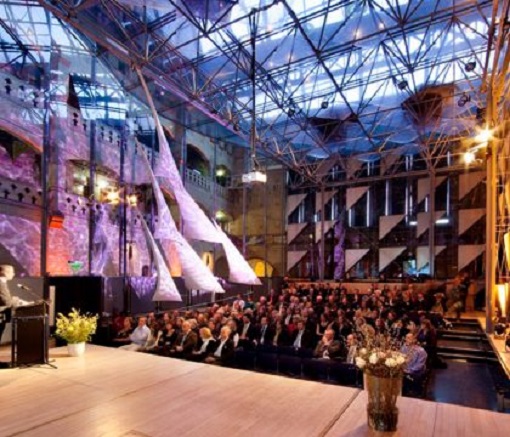 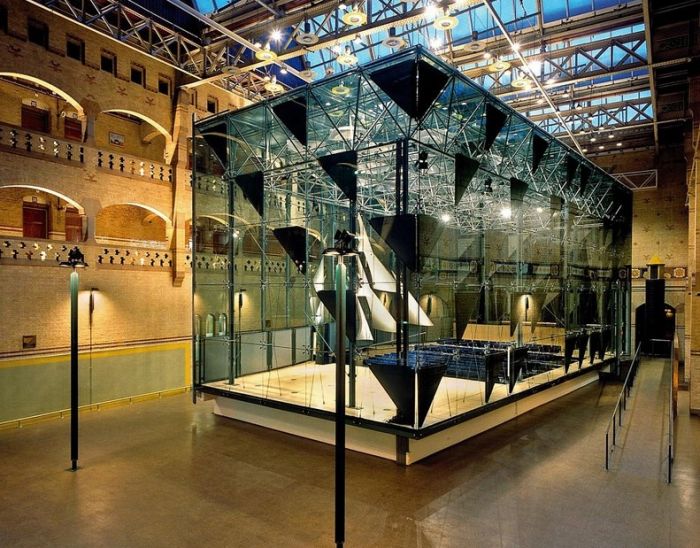