In Amsterdam, Vijfhoek, a new bicycle parking facility was built in the most urban part of the Netherlands; on the Zuidas near station Amsterdam Zuid. The project involved the construction of an underground bicycle parking garage (3,500 bicycles) and a new layout for the park above. Octatube is responsible for the main entrance where cyclists can enter the parking facility by using a tapis roulant (moving walkway).

A unique design
wUrck's design of the bicycle parking garage is remarkable in many respects. By positioning the parking facility completely below ground level, the green park above doubled in size. Smart construction methods were used in order to minimise the inconvenience to the surrounding area. For example, the construction site gradually became smaller as construction progressed. Tree shaped steel columns and a honey-wire frame determine the image. The underground garage has lighting that simulates daylight which makes visiting the parking facility a pleasant experience. The distinctive pentagon can be seen in a number of different places.

Different entryways
The entrances each have completely different appearances. Octatube is responsible for the main entrance. The use of glass creates a spacious effect. The internal structure of the entrance pavilion consists of steel tree-shaped columns. The roof of the entrance is the honey-wire structure resting on the columns. It creates a distinctive shadow pattern on the side walls, which are made of concrete. The other entrance, a wide staircase located under the Stravinsky viaduct, forms the pedestrian entrance to the parking facility and provides access to the station.

Prefabrication
The frames of approximately 11 by 4 meters each, which form the roof of the main entrance, are welded together in the Octatube workshop. This method is typical for Octatube. We prefabricate as much as possible beforehand so that construction on site can proceed quickly and efficiently. The tree-columns are galvanized and powder coated. The frame is metally sprayed. This makes the construction very sustainable and weatherproof. The frames are transported to the building site in 3 separate pieces and assembled onto the columns.

Clamping plates are fixed to the frame on which the roof glass is positioned and then secured. The columns get taller as you walk into the parking facility. In the other direction, the glass facade gradually increases in height. The highest point is 4 meters. To save costs, there is also a variety of glass thicknesses. The thickness of the glass increases from 16 to 24 mm of laminated glass.

Oriol Casas Cancer, architect en partner with wUrck: “wUrck and Octatube had worked together previously. For this project we wanted Octatube to be included again. We therefore involved the Octatube team early on in the procurement phase. Octatube works professionally and delivers high quality results. We are very pleased. Actually we are working together again with Octatube on a new project." 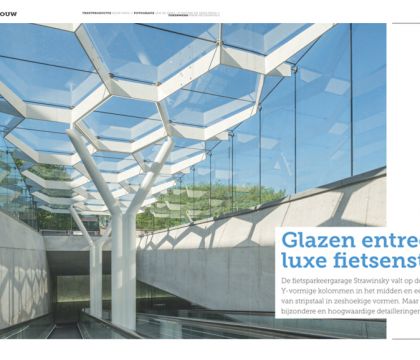 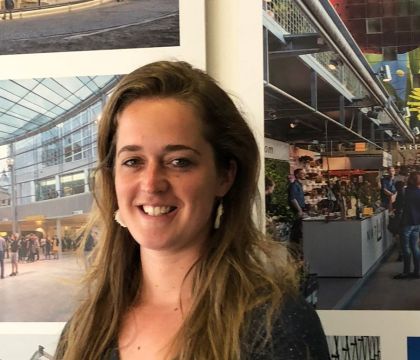