In Leusden, the impressive new headquarters of AFAS will be realized. The complex will consist of several buildings for exhibitions, sports, training courses, a restaurant, a courtyard and a theatre. The theatre is an eye-catching glass dome. Octatube has been contracted to build this striking feature.

In the past few weeks Octatube has focused on the further refinement of the detailing for the AFAS Dome. Several design workshops were organised with the architect, client, contractor and other advisors. Together, we came up with various design proposals. A number of proofmodels were produced as well. The repetitive basic button, with central integrated spotlights, will give the dome its character as a visual element.

May the 25th was en exciting day for everybody involved in the project. We were able to show the AFAS team the mock-up with the various design proposals. This is an exciting moment for both the client and the architect to look forward to. It is often the first real meeting with the new building. It also provides a good picture of the quality of the new build.

Here we offer an impression of the visit. 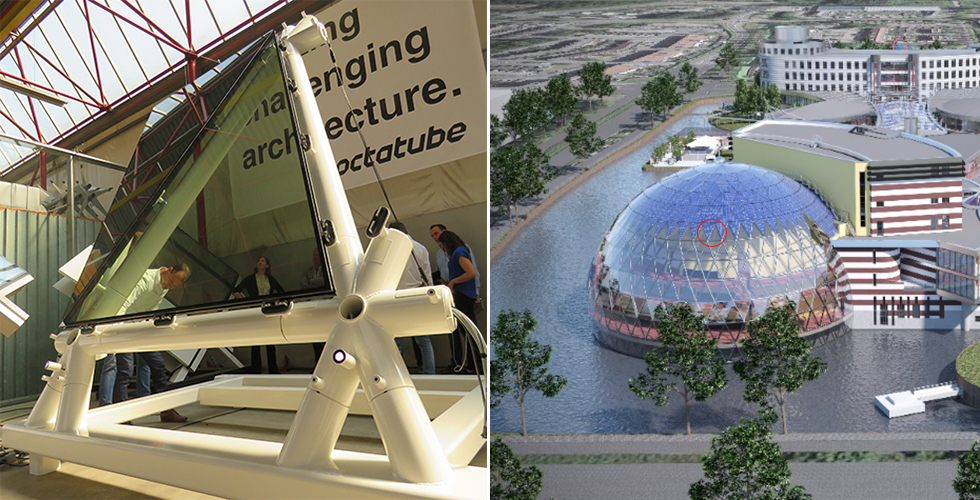 The Mock-up next to a render of the complete dome. 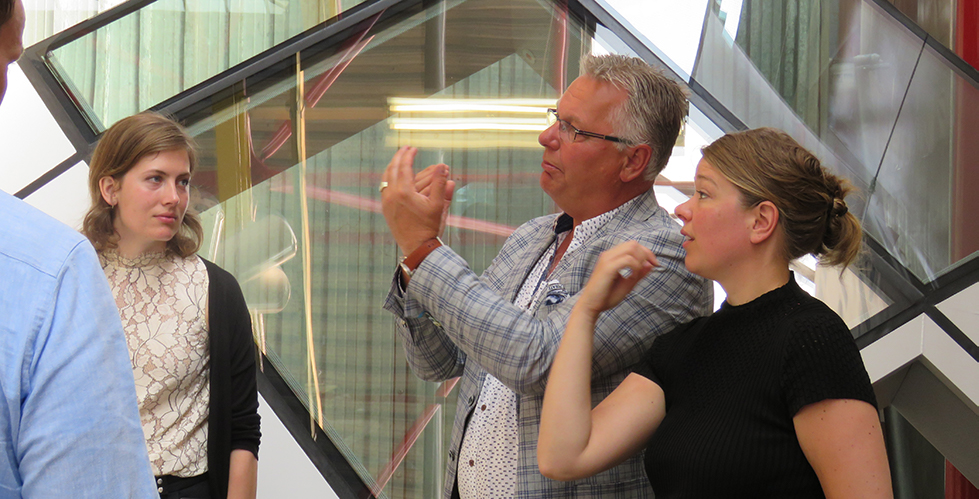 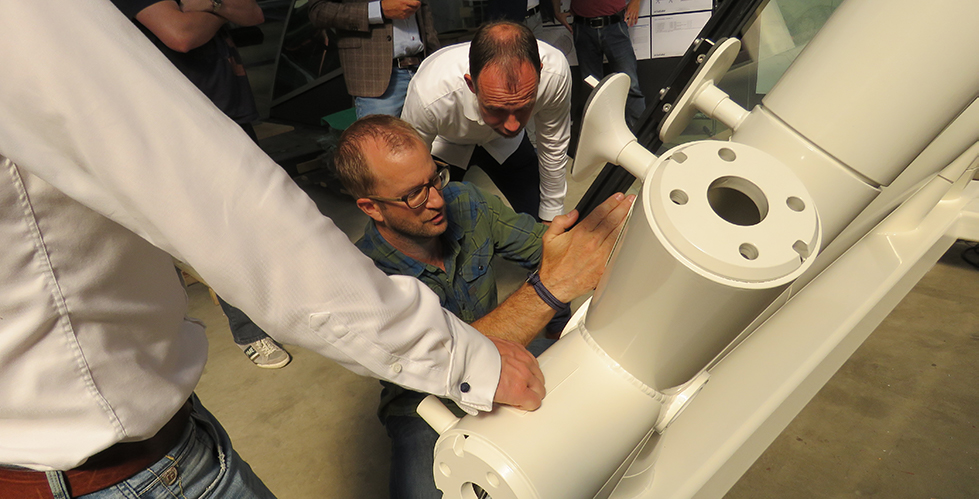 The button is closely examined by Michael Vlaanderen from HOMIJ Technische Installaties BV and Arie Kraaijeveld from Dutch Light Pro. 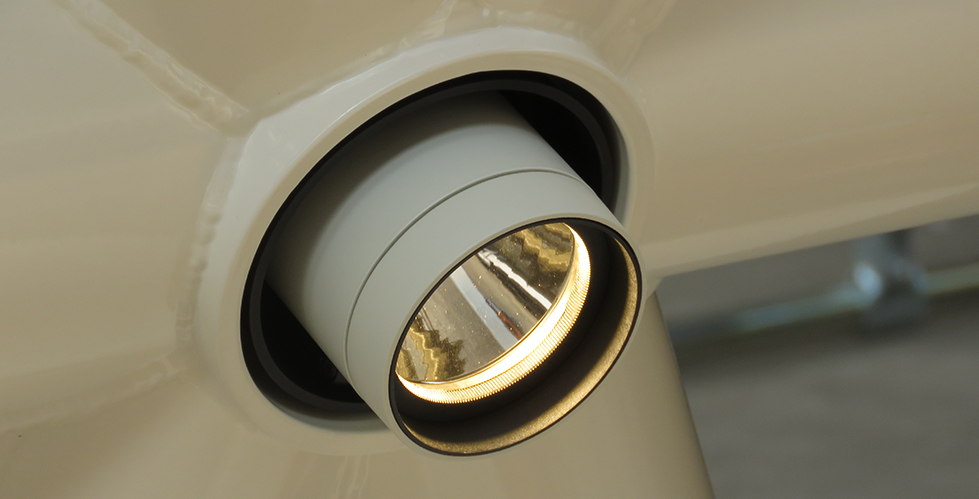 Close-up of the spotlight. 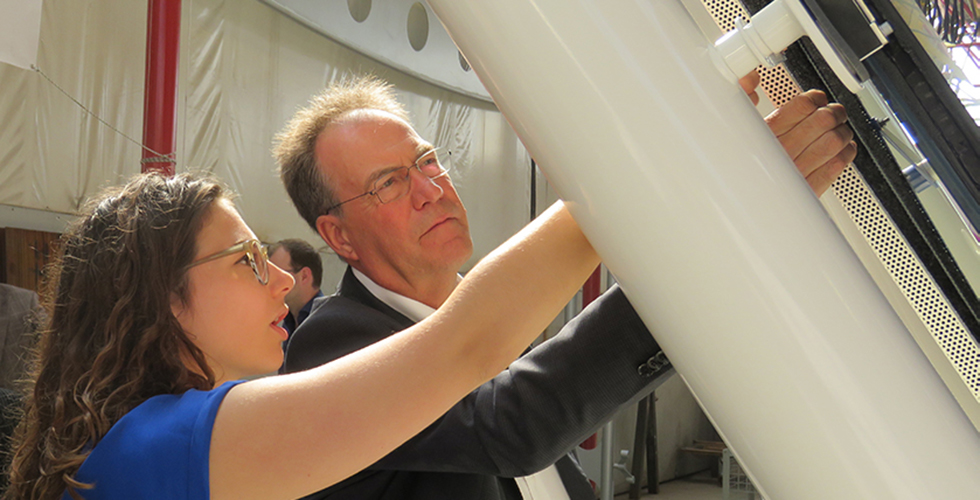 Of course we will continue to follow this project closely! Would you like to stay informed about this project? Keep an eye on the project page! 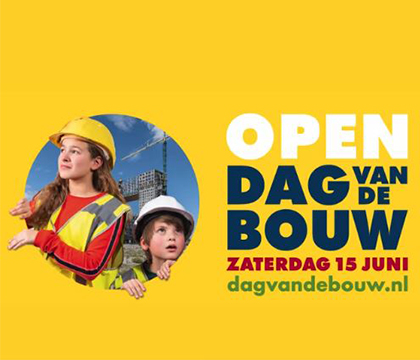 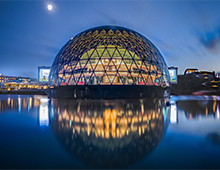