The Botín Centre
Octatube has gained a major role in the realisation of a new art centre, designed by Renzo Piano Building Workshop (RPBW). 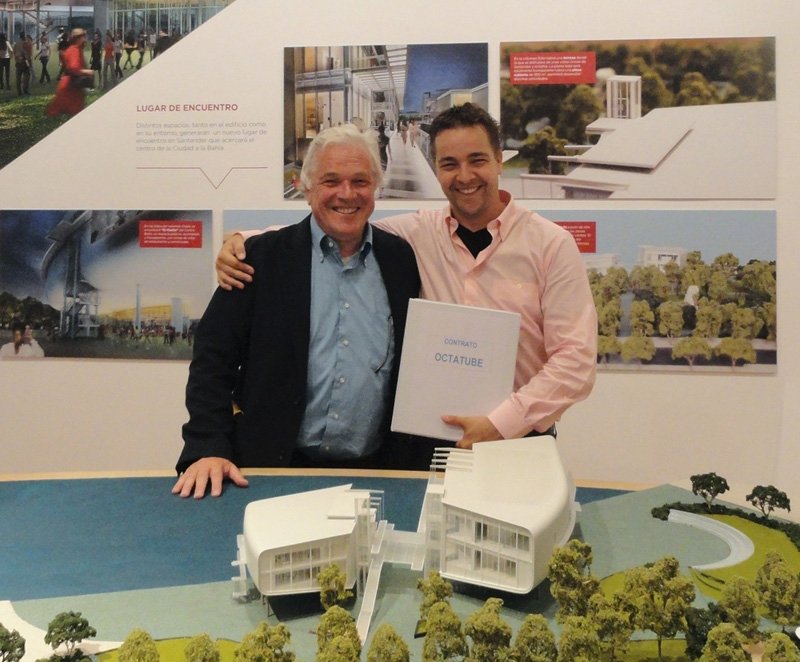 Octatube has been awarded the contract for the technical design, the engineering, production and installation of all glass facades, rooflights, floors and exterior stairways of the Botín Centre project. The building is designed by Renzo Piano Building Workshop (in association with Luis Vidal + Architects) and shall become a new cultural and international highlight and icon in the port of Santander on the northern coast of Spain. Cantilevering above the sea and situated next to a large park, the Botín Centre will provide space for art, culture and diverse activities of the Botín Foundation.

Renzo Piano
The Italian architect Renzo Piano is known for his work with Richard Rogers and Peter Rice since the seventies and eighties. Among his best known works are Centre Pompidou in Paris, NEMO in Amsterdam, Zentrum Paul Klee in Bern, the New York Times building and The Shard in London. In particular his designs for museums and ingenious daylight concepts are widely appreciated and studied by architects worldwide. Renzo Piano Building Workshop is an international architectural practice with offices in Paris, Genoa and New York City. In 1998 the works of Renzo Piano have been honoured with the Pritzker Architecture Prize.
The relationship between Octatube and Renzo Piano goes way back. Before the launch of his own office, Mick Eekhout had worked as an intern at Renzo Piano Building Workshop. In the same office he would show up 30 years later as an expert in the field of glass structures and general director of Octatube. There is a great mutual respect because of the common passion for ‘technical’ architecture and experimenting with materials. During the engineering, compromises to quality are out of the question. At one of the design meetings, Piano concludes: “no excuses, we go for the best quality”. 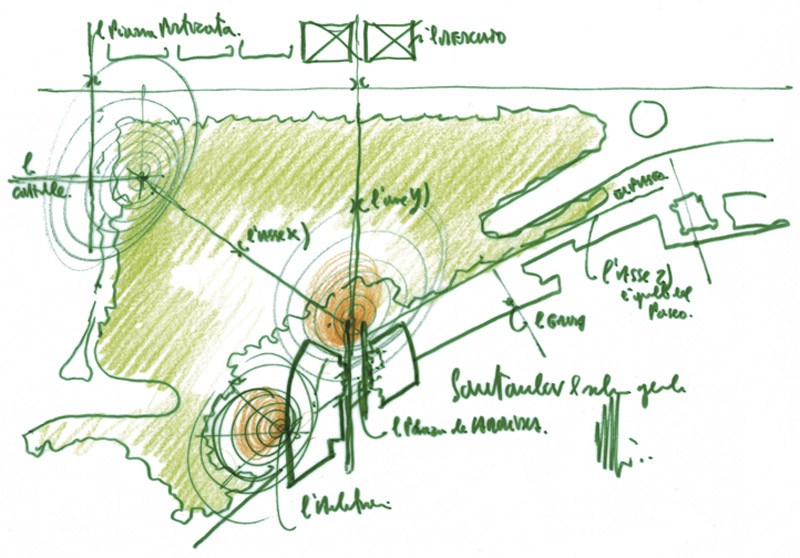 The Botín Foundation
The Botín Foundation is Spain’s number one private foundation both in terms of its investment capacity and of the social impact made by its programmes. Its objective is to stimulate the economic, social and cultural development of society. It engages in the fields of art and culture, education, science and rural development, it supports creative, progress-making talent and explores new ways of generating wealth. Its sphere of action focuses primarily on Spain and especially on the region of Cantabria, but also on Ibero-America. The foundation is chaired by Emilio Botín, who is the CEO of Banco Santander. For this bank Octatube has realised a circular glass skylight in 2005, and in 2009 a large glass cube for the headquarters of Banco Santander was build in Madrid.
With the Botín Centre the foundation will promote the cultural, social and economical development of Santander, like the Guggenheim Museum has effectuated in Bilbao.
About the architect, Emilio Botín explains: “To accomplish it, we have called on the best architect in the world. The architect, who best knows how to link cities to the sea, to build urban spaces, and to generate magical places where art may be enjoyed”.

Glass & duplex steel
The iconic building is characterized by two large rounded volumes that are connected by means of glass walkways of which the largest cantilevers of nearly 10 meters above the sea. Octatube has already been involved in the project for a year and the entire building envelop is part of a challenging engineering process ever since.
More than 6000m² of facades and cladding could be divided into larger elements each with their own complexity. On the ground floor a large transparent facade with structural glass fins joins perfectly with the large sloping building volume. The building volumes are featured by very precisely detailed (second skin) facades with high quality duplex stainless steel and structural glazing. A large rooflight is integrated with an ingenious system of lamellae above one of the museum’s exhibition gallery, allowing the space to be naturally lit. The construction of the walkable glass platforms must take into account different loads and movements of the building.
A lot of research has been done to integrate the material characteristics of duplex stainless steel in the architectural detailing. The use of high-end duplex is justified by the need of durability and low maintenance in the  marine environment. 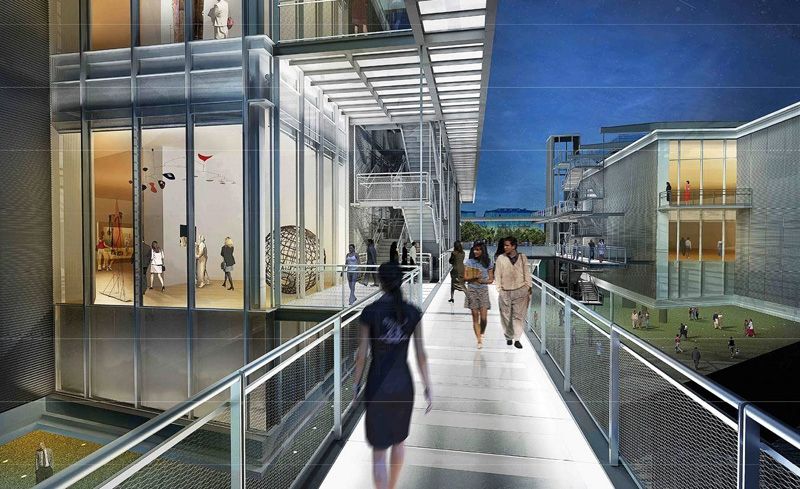 In the summer of 2014 the Botín Centre will be completed and opened for the public. Future news items on the Octatube website will highlight the engineering, choice of materials, the development of different prototypes and the construction itself. 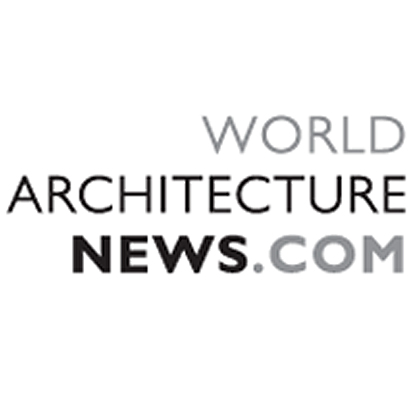 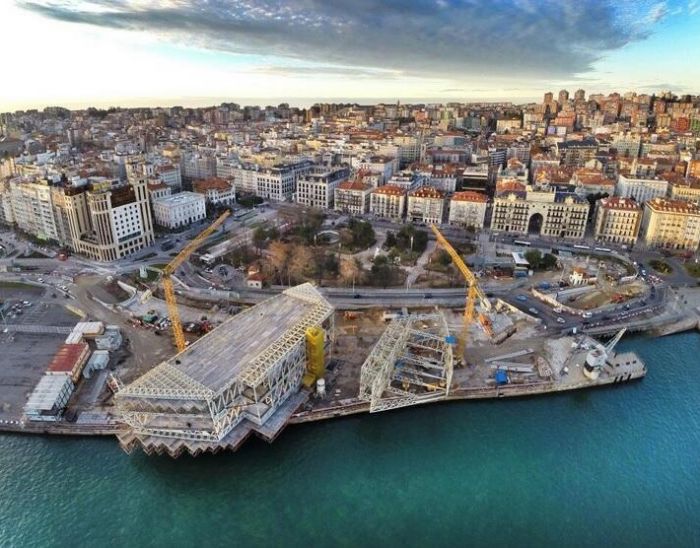 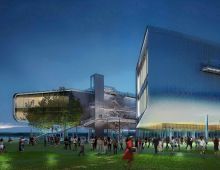