In 1992 Mick Eekhout – founder and general director of Octatube – has been appointed as (part-time) professor at the Faculty of Architecture of the Technical University Delft. At the Department of Architectural Engineering and Technology he has built the chair of Product Development. On the 20th of March 2015 Mick Eekhout will give his farewell speech in the Aula Conference Centre of the TU Delft, titled ‘The technical design dilemma: innovation or science?’. 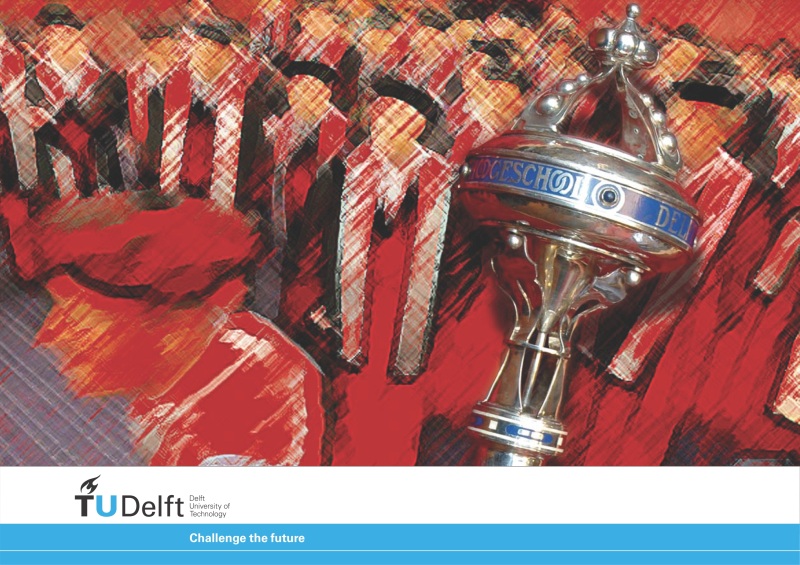 The university has announced the event with a news article which is adopted below:

A good architect is able to build as well as design. Mick Eekhout is firmly convinced of this. The Professor of Product Development managed to bridge the gap with the industry, and encourage students to acquire practical skills in his prototype laboratory. 20 March will be his last day in the Faculty and he recently gave his last lecture as a professor (photos by Marcel Bilow). 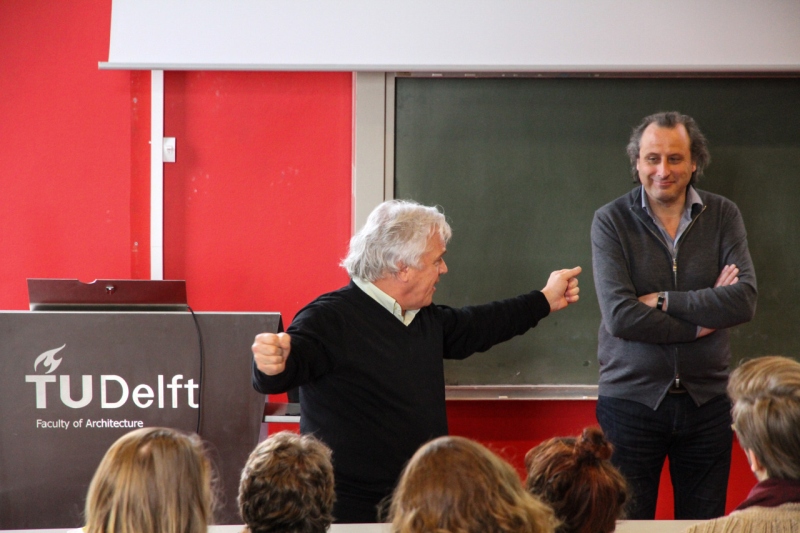 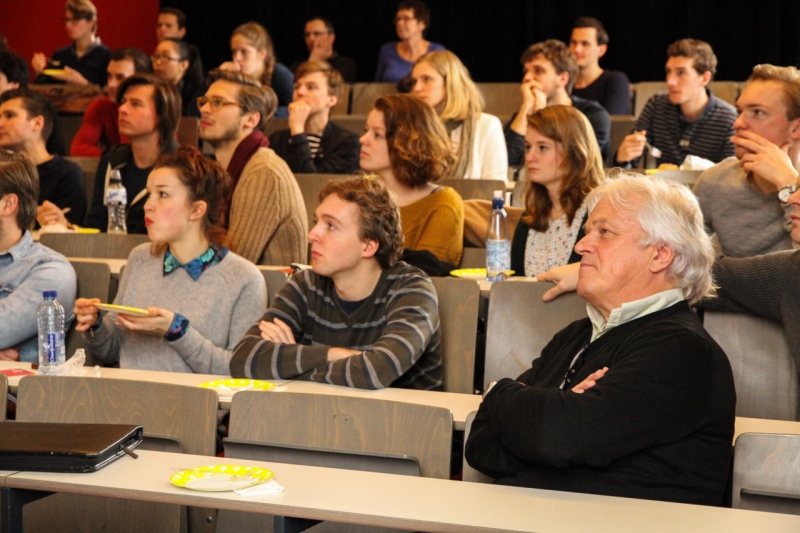 A staggering fifteen hundred students have passed through his Bucky Lab, assembling their self-designed prototypes from made-to-measure parts. This last point plays a key role: Eekhout is a keen advocate of industrial production methods in the construction industry. “Henry Ford is famous for inventing the conveyor belt assembly line, but it went further than this: his most important discovery was that you can work faster if you produce parts with minus tolerance. They always fit with no need for extra filing,” explains Eekhout in his office on the Rotterdamseweg. “It's something that has just starting to dawn on us in the building industry. The building industry is used to the fact that nothing ever fits and that you work as an ad hoc football team that has never trained together.”

His prototype laboratory (Bucky Lab) nurtured the spirits of up-and-coming designers, prepping them for a new, industrial approach. Students were not just taught to build, weld and mill for themselves but were also given a mental push in the right direction. Eekhout refers to one of his main contributions to architectural education as “eradicating their fear of materialisation”. Building prototypes also helps students to think methodically about their designs and – more importantly – dispels their fear of thinking 'big'. “The motto is: just do it!” is how he describes his infectious enterprising spirit. (...)

Generalising experiences
Mick Eekhout (1950) is no stranger to the ‘just get on with it’ mentality. He comes from a long line of contractors and has always had one foot in the world of industry. Since 1983, he has been owner-director of Octatube, a technical design-cum-production company (workforce of 80) specialising in spatial structures made mainly from glass and steel. (...) In addition, he wanted to contribute to the academic debate about creating a more efficient building sector and ways of achieving greater cohesion. In an effort to bridge the gap between academia and the construction industry, he became the driving force behind concepts such as Delft Design, Booosting and 3TU.Bouw/Bridging the Gap. And, of course, the Bucky Lab.

To Eekhout's mind, design serves as “a tunnel that allows fundamental research results to flow into society”. Students design and build their own prototypes or construct existing designs from other materials. The Maison d’Artiste is one of the highlights from the prototype laboratory. Talented, passionate students made a digital reconstruction of this complex cubist design created in 1923 by the artist Theo van Doesburg, and urban planner/architect Cor van Eesteren, based on black-and-white photos. They then built it on a scale of 1:5, despite the seeming impossibility of such a construction. Eekhout: “It's a prime example of how you can use research and education, in close collaboration with other disciplines, to make a contribution to a topical cultural debate.” 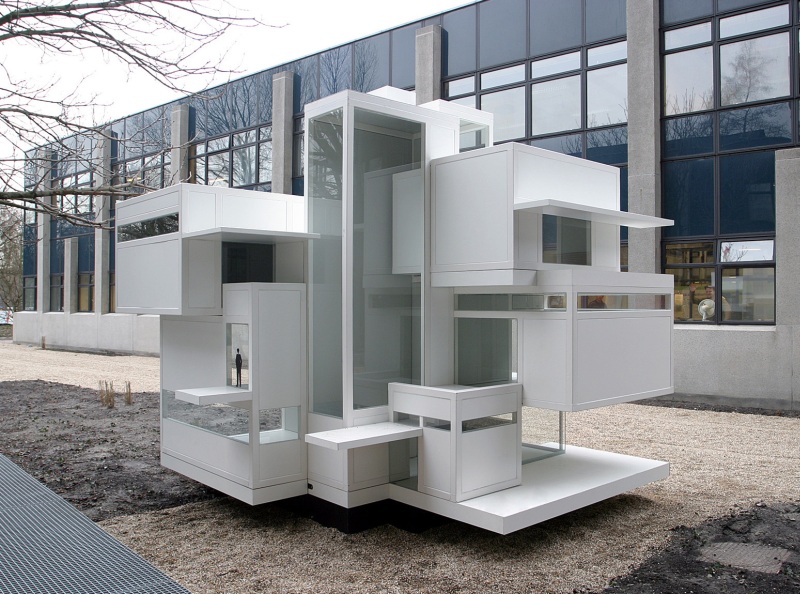 But Eekhout did not shy away from large-scale experiments either. He built Prototype1 at Rotterdam-Heijplaat together with students, PhD candidates and industry. One of his twelve books was about this project. The experiment showed that it is possible to build an energy-neutral house in a four-storey building by using the latest features and devices. He sees this as a potential breakthrough, in view of the fact that all new buildings must be built energy-neutral from 2020 onwards. At present, Eekhout is working on a follow-up with eight building consortia: a sort of Weissenhof Estate like the one built by Mies van der Rohe in Stuttgart in 1927, but for staircase-access flats with zero energy costs. “Energy-positive homes”, as he calls them. Eekhout: “Projects like this allow you to infiltrate the construction industry from within the academic world.” 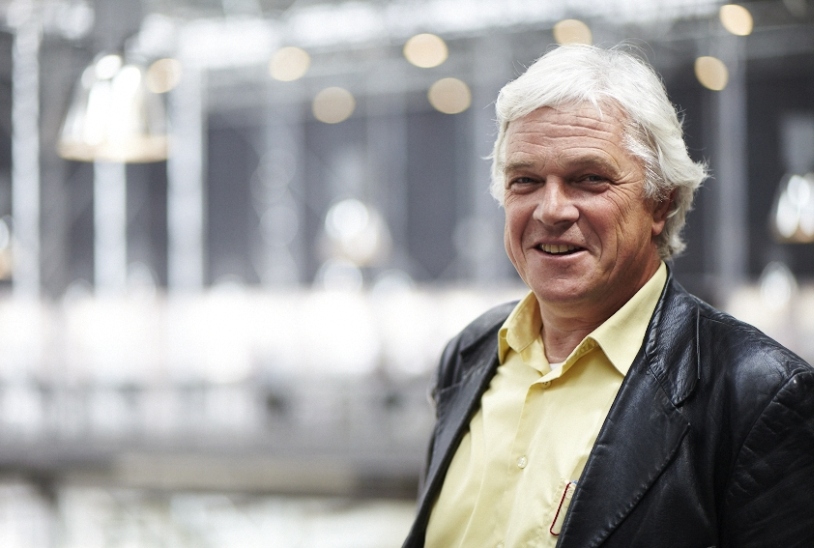 His tireless endeavours for academic design and innovation earned him membership of the Royal Netherlands Academy of Arts and Sciences (KNAW). He is currently the only designer from a faculty of technology to have joined this illustrious company. “A great honour,” he says. But also recognition for his efforts to bring about real innovation and forge ties with other research disciplines. He intends to continue his work after turning 65. Eekhout: “I haven't finished by a long chalk; we've only just got to the good bit.”

The prototype of Maison d'Artiste (4x4x4m) will be installed in the Mekel Park during the week of his farewell speech (20 March). 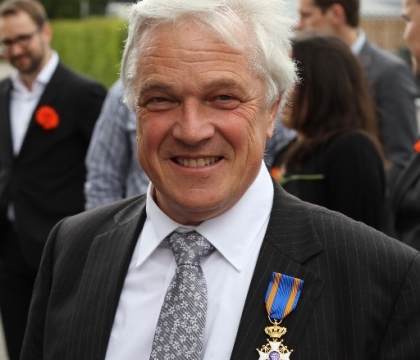 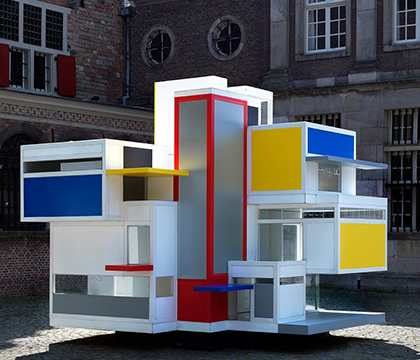