Last weekend, the bridge operator house for the Botlek Bridge in Rotterdam that was build by Octatube has been transported and installed in one go. The relative small project is a good example of Octatube's working methods, in which prefabrication plays an important part. For this structure, also the interior has been realised in advance, like the false ceiling, the computer floor, the plumbing and work spaces. Below a photo report of the transport and the hoisting. 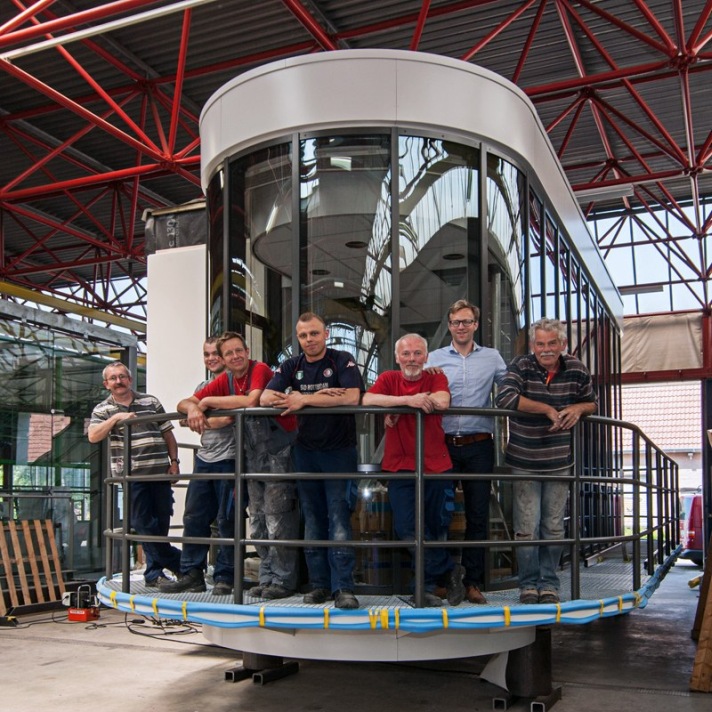 The project manager and the installation crew pose in front of the bridge operator house in Octatube's factory, right before the structure is to be rolled out of the factory. 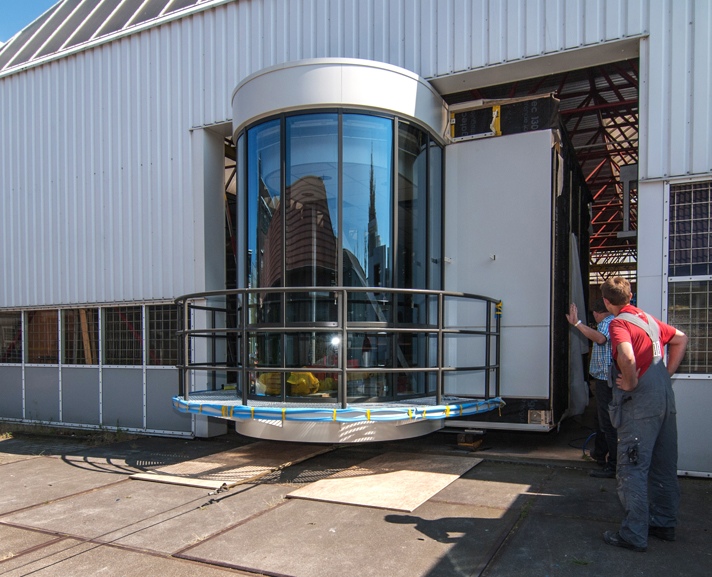 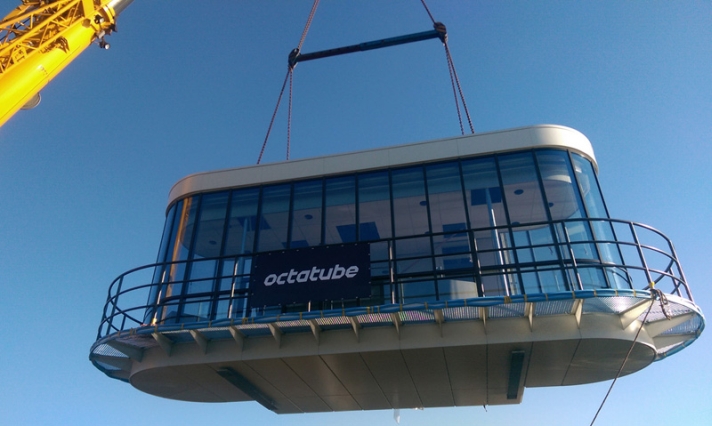 After the more than 15 tons heavy bridge operator house is hoisted on a truck, it moves in between Octatube's office and Royal Delft for a few hundred meters on land, in the direction of the Delft Schie channel. 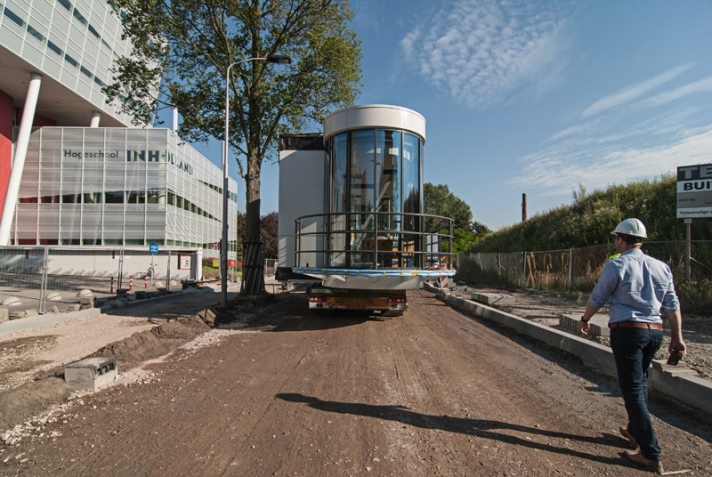 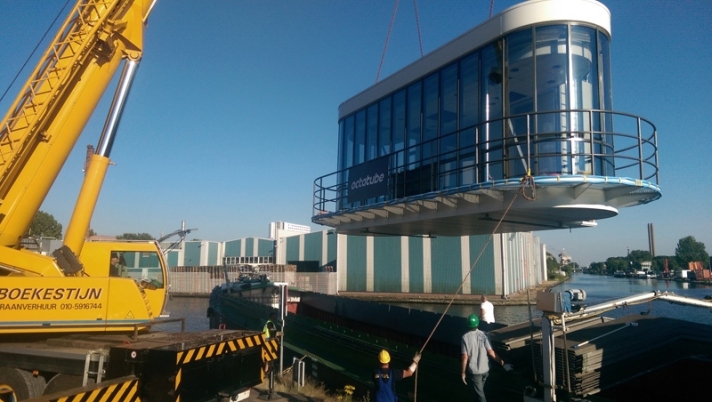 The bridge operator house is hoisted for the second time. This time from the truck onto the boat. 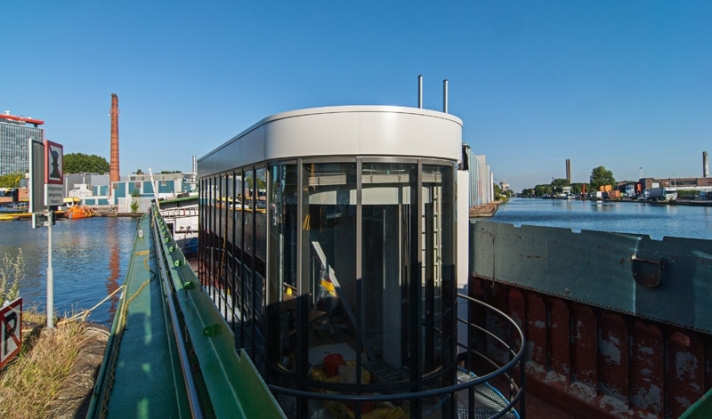 Now the route continues on water, in the direction of Rotterdam. 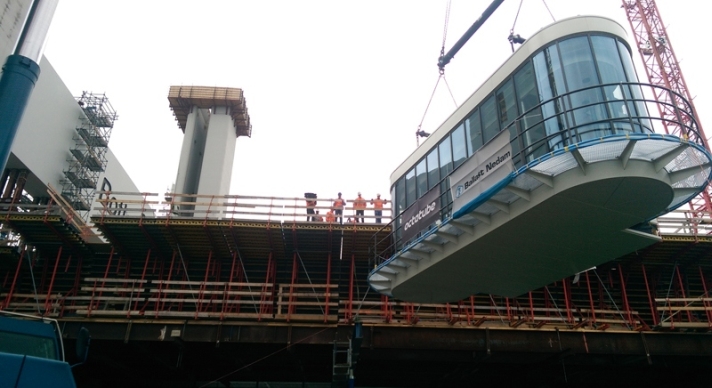 The next day the bridge operator is hoisted for the third time, in cooperation with Bouwborg West. 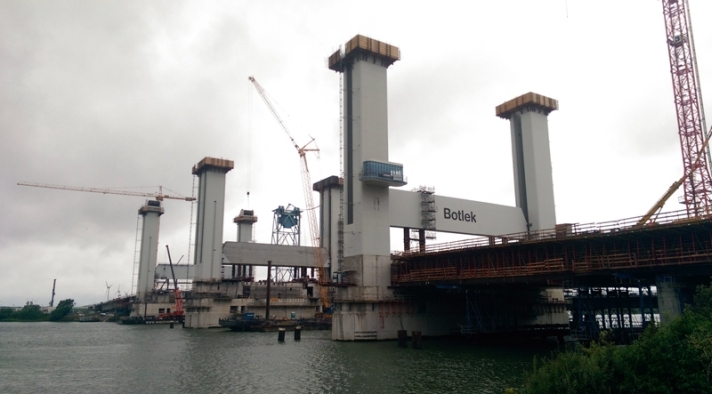 The installation of the bridge operator house for the new Botlek Bridge is finished. Suddenly the structure seems a lot smaller, but then again it is fixed to Europe's heighest lifting bridge. Installation programme: 1 day. 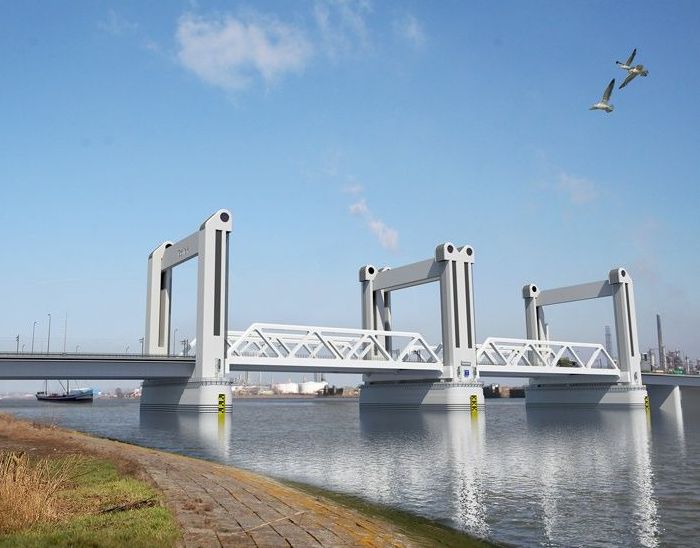 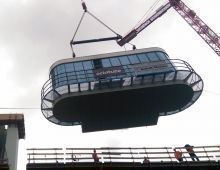